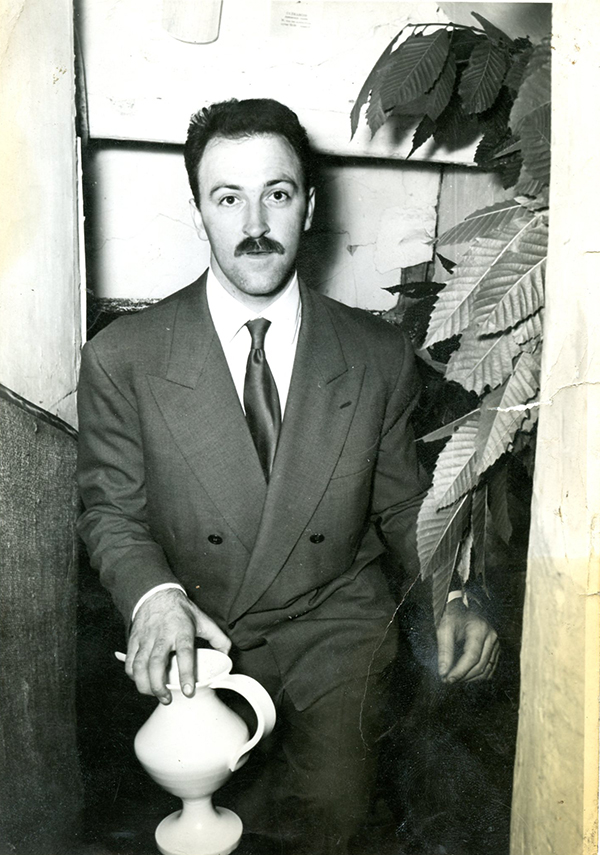 It’s following  the last wave of urbanisation shortly after the second world war that Jean Roger leaves his native village of Bazeille, Lot et Garonne in 1947. He is 20 years old and only has a formation of pottery turner.  Once arrived in Paris he associates himself in order to create a pottery workshop with the money gathered from the sale of the furnitures of his native home.

Jean Roger establishes himself at the 4th floor of the previous house of Henri IV’s  guards, the workshop there is gifted with an oven from 1910 operated by a wooden beam.  He names this place “the dovecote” because of its height.  It will be the epicenter of the first years of sucess of Jean Roger, marked by hardwork and the weight of the bag of earth carried on his back up the many stairs of the building.

During 5 years Jean Roger makes his way through his rivals, and it’s in 1953 that he bets on originality in a world in which the craftsmen were hardly differenciated. He creates what will later become a sucesss : the animal collections, the “nails vase”, the chalices or the “orengeade” table-ware, all in a very personal style. This style will inspire the famous Hans Knoll in the making of his tables and chairs. A few months later the ceramist attends a show at “les Folies Bergères” for which his uncle had paintend the decor. It’s by observing the lightness of the dancer’s costumes in goose feathers that an idea sparks up. He decides to create models in earthenware which takes direct inspiration from the dresses in order to lighten up the original heaviness of the material. This is how the first “tulip” and “flame” candle holders were born as well as the “urchin” vase and the “cabbage” tableware.

Decorative objects in the shape of palm trees and pineapples as well as lamps and vases are the creations of his first exotic collection which found a huge sucess. It’s a few years later that he creates the famous green frog,  taking inspiration from ancestral chinese sculptures which he will later decline in various sizes and colors. 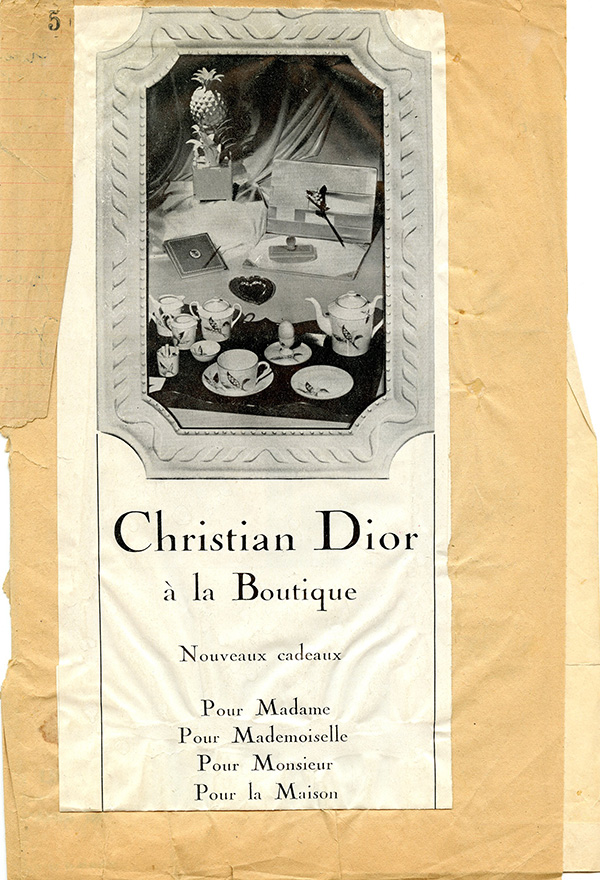 From the «Parc Royal» to the «Place des Vosges»

In 1962, Jean Roger moves his workshop rue du Parc Royal with his wife Ginette. It’s thanks to her that he creates the line of lamps following the great reconstruction after the second world war. This collection is also inspired by chinese ornaments, dear to the heart of the ceramist, and greek.

This last collection brings global fame to Jean Roger : his clients are french ambassadors and consuls from all over the world, luxury houses Dior and Coco Chanel, reknowned designers such as Royère, Jansen, Barret, Sacks, Lapidouse… Without forgetting the celebrities of the time, witht the likes of Dalida, Gilbert Becaud, Eddie Mitchell, Margaret of England and Jackie Kennedy which personally comes to the workshop to put through personalized orders.

In 1971, the shah of Iran himself asks Jean Roger to make thousands of candle holders in order to enlighten the reception tables of the famous Persepolis Night.

After an achieved fame, the ceramist decides to form his son Jean-Jacques and change location to the «Place des Vosges» where the workshop still thrives today. Jean-Jacques learns his way around the craft, and brings his own touch. He creates in 1968 the first sample of a “trompe l’oeil” varnish on earthenware.

He will be the first to use this technique on earthenware, which was before only used on wood, cast or resin. He becomes a specialist in decoration painted on earthenware, which he masters until he was able to replicate the patterns and colors of his client’s fabrics. It became the strenght of the custom-made proposed by the workshop. The decorative piece is close to perfection. The father-son combination works perfectly and produces new collections that will see the workshop thrive as the years go on. 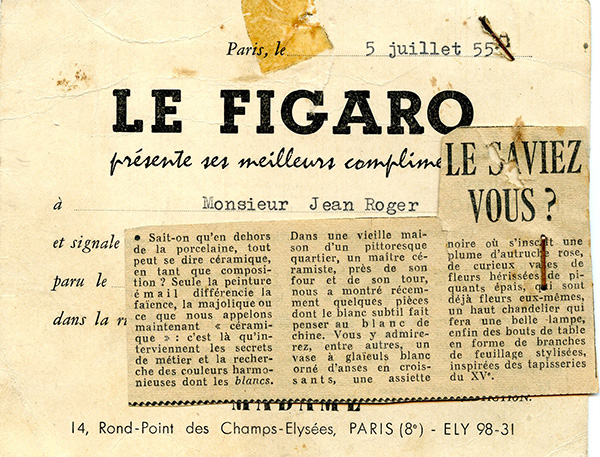 The Jean Roger brand is now famous all over the world, it is known by all amateurs and Jean-Jacques Roger will establish himself on the other side of the Atlantic. Towards the end of the 90’s he signs a partnership with the prestigious house John Boone Inc. An art & design showroom in New York which brings together the biggest creators. It’s the readaptation of the 1960 collection, with the flames and artichoke lamps that bring him success to the american public. Jean-Jacques Roger remakes the classics of the studio in a bigger format going up to 120cm in height. There was even a rumour that the presidential home was to welcome a few copies. 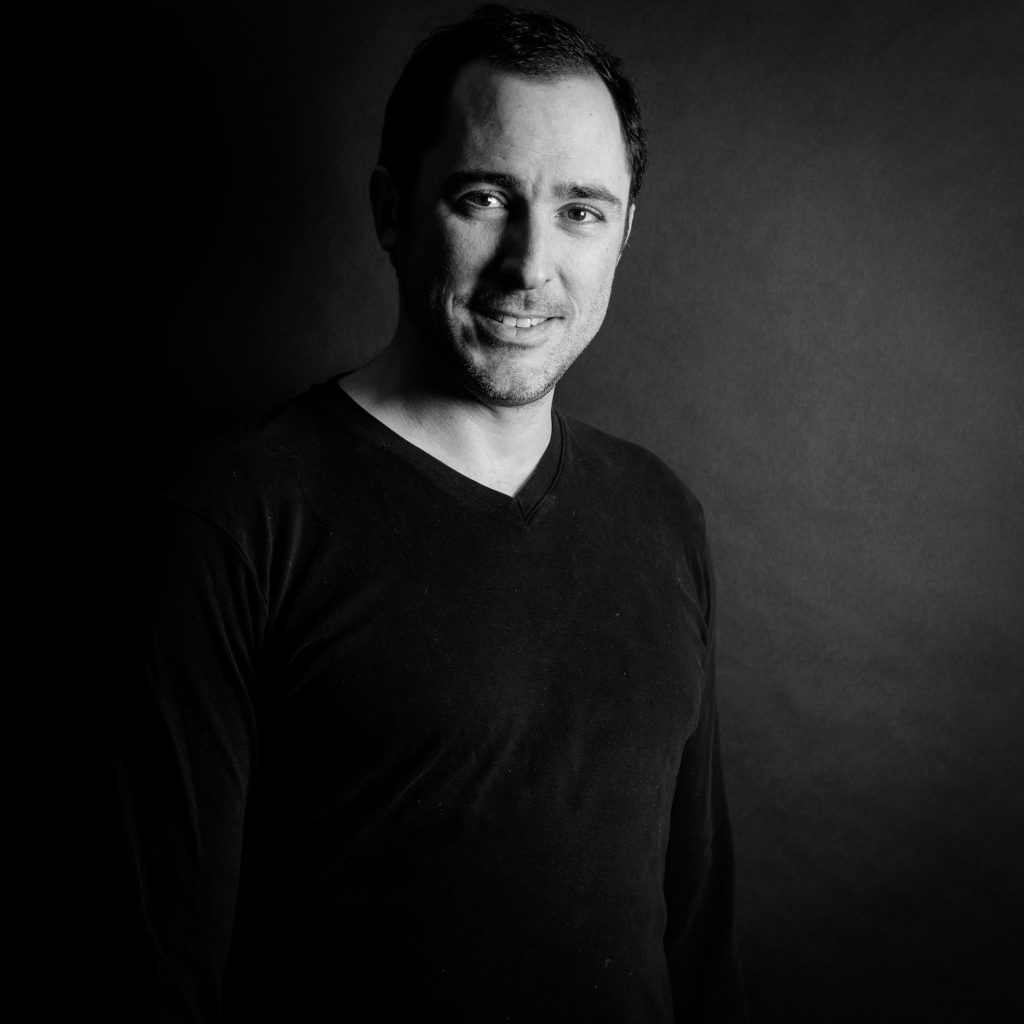 François Roger : the grandson takes over

In 2007, the story of Jean Roger nearly ends . Jean-Jacques develops some health issues that makes him unable to continue creating. It’s at this moment that François, his son unexpectedly decides to carry on the family’s history.

Sommelier by formation, François goes from the love of regional poducts to the work of the earth. This change of career was florishing in his head for a long time, he considered the revival of the family brand like a personal achievement. His father Jean-Jacques agreed to train him, and on his side François underwent 5 years of training with a master turner : Thierry Fouquet, and also the sculptor Philippe Seené. He will also benefit from an introduction to drawing and painting by Melissa Pinon.

Heir to the unique techniques and crafts of his elders. François Roger wants the expertise and original inspirations of the family brand to live on, while keeping it growing with the same audacity, intuition and talent as his father and grand-father.